Should I Be More Political?

This is a post I’ve been wanting to throw out there for
a while, and I want to speak to two related things. First,
is the reason why I don’t take much of a political stand on
social media these days. The second is in answer to a dear
friend and longtime supporter of my musical path who,
knowing that I’m writing songs and trying to put out a new
CD, recently encouraged me to write a protest song and
really get in there and address the current climate.

So here’s a little backstory on me and politics. Back
when based out of Alabama, I started out as a gentle,
folky fellow, writing songs about relationships and nature.
But during the Bush administration, and especially after
Hurricane Katrina, I became hyper-political. I had family
in New Orleans at the time, and along the Gulf Coast.
New Orleans had always been my favorite place on the
planet, and I was deeply moved when I made my first visit
to survey the aftermath. Even before the full saga of toxic
FEMA trailers and land grabs unfolded, the lack of response
on the part of the federal government was obvious.

In the car on the way back to Alabama, I wrote a song
called “Make Levees, Not War”, just in my head, and I
resolved to really lend my voice to the situation. Then I
wrote a song called “Freedom” (this was during the
“Freedom Fry” period) that has to be the most scathing
anti-Bush song I’ve ever heard. More songs came, like
“Underground Song”, about big oil companies and the
Iraq war,  “Sleeping Dog”, about ending war in the Middle
East, and “Don’t Drop the Bomb”, about world peace.
All of these songs ended up on a CD titled “Climbing a
Mountain”, with cover art featuring a war plane dropping
bombs on a forest, with a child watching. 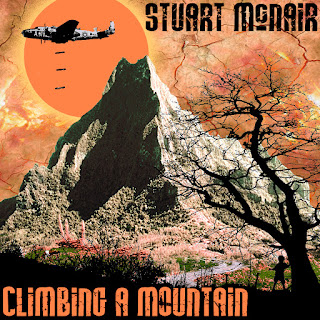 That CD contained just as many songs about
relationships, nature, and love, and some might have
gone somewhere, perhaps even been picked up by a
Nashville artist (who knows?) but the climate was so
politically charged, that I chose to emphasize my
“message” material at live shows and travel the world
on a shoestring budget trying to make myself into some
kind of modern day Woodie Guthrie. It was a conscious
decision, and Guthrie was quite literally my model. I was
going to be the message guy, and “Climbing a Mountain”
was really going to go places!

So, spoiler alert: things didn’t quite...(clears throat)...
work out that way. I was so naive, it amazes me now.
I put out that CD in 2009. Getting heckled at my own CD
release show was excellent foreshadowing of what was to
come. I didn’t become no Woodie Guthrie. Even when I had
a smoking band behind me that could do them justice,
people didn’t request those political songs. People
seemed to like the other songs, but I almost felt
like I was turning people off with all the politics. One time
somebody actually said to me, after a show, “You know,
I don’t think I would have included all that overtly political
stuff on that CD”. My response? “I don’t care”. I was so
sure that I was going to become the voice of the
Common Man, that I didn’t mind alienating people.
Naivety and hubris: a winning combination!

I soon realized that when my phone wasn’t ringing,
it was all the festivals across America not calling,
and not saying “come on, voice of the people!” “We need
you now!” “Here he is, everybody, your spokesman!”

And here’s something that really gets me now.
Sometimes I would make big trips to songwriter’s open
mic nights in Nashville and such, and I would play
the message stuff, though I had other beautiful
material in my back pocket. Reactions were mixed...
mixed with dirty looks, that is. At the end of the night, I
still had to walk through that parking lot alone, and try
and make it home on pocket change and a maxed out
credit card. And a part of me saying “You know Stu, if
you had just played your love songs, everybody
would have dug it”.


So, to bring this into the topic of FB posts, I’m
definitely a little gun shy now. But there’s more. I’ve come
to a much different, and deeper understanding of our
world, and the mess we’re in with TPTB.

I find myself no longer believing that our problems
can be fixed by voting in different people. I start
wondering….”Why do we need these people in the FIRST
PLACE!? Why are we still living in the misery of a
corrupt system devised for a sparse population of English
Gentry and Scots-Irish pioneers who had no electricity,
much less freaking internet? Why are we still sending a
bunch of corrupted morons, pirates, and white-haired
crime bosses into old buildings to make our decisions
for us like it’s the 1700’s?”


This is why I can't bring myself to stump for candidates.
I start thinking that if any politician is famous enough to be
known by me, then they are part of the corrupt system, and
have been compromised. Cynical, yes. Disheartening and
devastating to the core. But then I wonder, if we keep
buying into the advertising that “this candidate is going to
make it all better”, we just keep on chasing our own tails
right down the drain. The truth hurts. It hurts so much, in
fact, that it's sacred, because growth comes from pain,
and only a pain of this magnitude can cause the growth
that humanity needs in order to face reality.

Plus, nowadays, everyone has a platform, and
anyone can be a protester. We don’t need songwriters
to do it for us, really, and people certainly don’t need to
hear from the likes of me on these matters. In the age of
the net, people can do their own research and get at the
truth if their mind is really open enough. And I’m not
going to try and get my 15 minutes of fame by picking
low hanging fruit. And lord knows, we’ve got some low
hanging fruit out there right now. 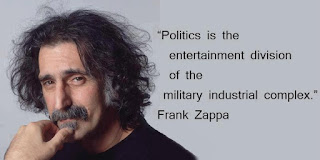 So if you were ever wondering why old Stu, who
back in the “Make Levees, Not War” days was so
vocal that he often joked on the mic about being taken
away in an unmarked van at shows, is now silent about
current events? Is he on the wrong side of history?
Is he hiding something? Isn’t he outraged?

Trust me. He’s outraged. But his solution is not
easy to explain, and it’s not on our current list of
choices. He believes that mankind must overcome
this control grid, not just tweak it from within. And that
path is looking excruciatingly slow from here. I don’t
know whether or not mankind will ever do it. Perhaps our
descendants will throw off the chains, perhaps they
won’t. Perhaps they will someday live in peace,
free to create and explore in every possible way,
or, on the other hand, perhaps we’re sending them
straight into a form of modern slavery, swimming in
debt, pollution, poisonous foods, and lies about
the nature of reality.

And as for “Climbing a Mountain”, the two most hard-
core songs, “Make Levees, Not War”, and “Freedom”,
have been removed, and now it's a 12 song CD. The next
CD I did, “Dance All Day”, contained message songs, but
they were much more subtle. They were about love,
universal love, and though they certainly decried TPTB, they
could be interpreted from either side, politically. The line,
"when will the people say enough is enough", from "Shake it
Down", for instance, could resonate with either side. But
then again, that was always the point. I always wanted to
speak to everyone, over and above the left/right divide.

And my forthcoming CD, though it will contain some
topical subjects and the message of love, won't contain
overtly political songs. There’s only one of me, out here
trying to survive. Music is a brutal, maddening profession,
and I’ve been beaten and battered enough. I just want to
make people dance, and smile, really. People don’t need me
ramming my opinion down their throats. They have access to
all the same news sources that I do. They WILL, however,
get my opinion on the wonders of nature, and the value of
love, family, and friends. The beauty of New Orleans and
other places, the wonders of new romance, and the horrors
of romance spoiled, are also fair game. And one song
definitely has a line about our corrupt system “keeping us in
fear”, but hey, what can I say. It’s hard for a leopard to
change his spots.

Update: As I was writing this, someone, out of the blue,
shared the video for one of the political songs, “Sleeping
Dog” and said some nice things about my writing. Perhaps
my attempt to climb that mountain wasn’t totally in vain.

P.S. A little Lagniappe for ya. LIVE version of
Don't Drop the Bomb, at Shakori Hills Grassroots
Festival in N.C.

It's Stu's Video Mothership!
These are in rough chronological order
from about 2005 to present...

Memphis (In a Two Seat Plane)

Didn’t Know You Then

How Do You Do It?

Shake it Down (Dance All Day Version)

Shake it Down (LIVE REMIX)

Voodoo Thing (with Donna the Buffalo)

You Can Do It (with Donna the Buffalo)

You Need to be Danced With

Posted by Stuart McNair at 8:16 PM No comments:

Email ThisBlogThis!Share to TwitterShare to FacebookShare to Pinterest
New Single, in advance of the new Full Length! Download it today!
The Birds Were Like a Symphony...

...and LIVE version in Asheville, NC!

Vids with Donna the Buffalo